Chris Pelletiere is a painter, collage artist, illustrator, and cartoonist. He is an associate member of New York City's Blue Mountain Gallery. In 2008, Chris received a fellowship from the NJ State Council on the Arts. In 2007, the New York Transit Museum mounted a one-man exhibition of his series of transit-themed collages. He also provides artwork for videos for artists and writers as well as films through Two Cahoots, a collaborative project with Marcia Pelletiere.

Chris's work resides in many public and private collections including those of Stephen King, Zak Norman, Robert Bloch, as well as the Metropolitan Museum, the Brooklyn Museum, and the New York Public Library. Published works include cover art for two poetry collections, “Song” by Brigit Pegeen Kelly and “Elegy With a Glass of Whiskey” by Crystal Bacon (both from Boa Publications), and album art for the first “Afro-Jersey” CD and the contemporary music collection "Little Noises" (Saf'lini Music). 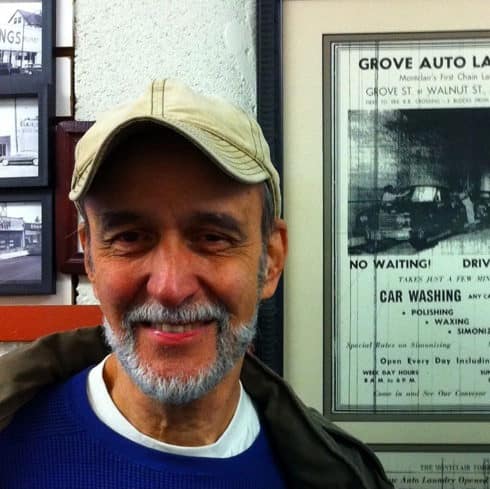