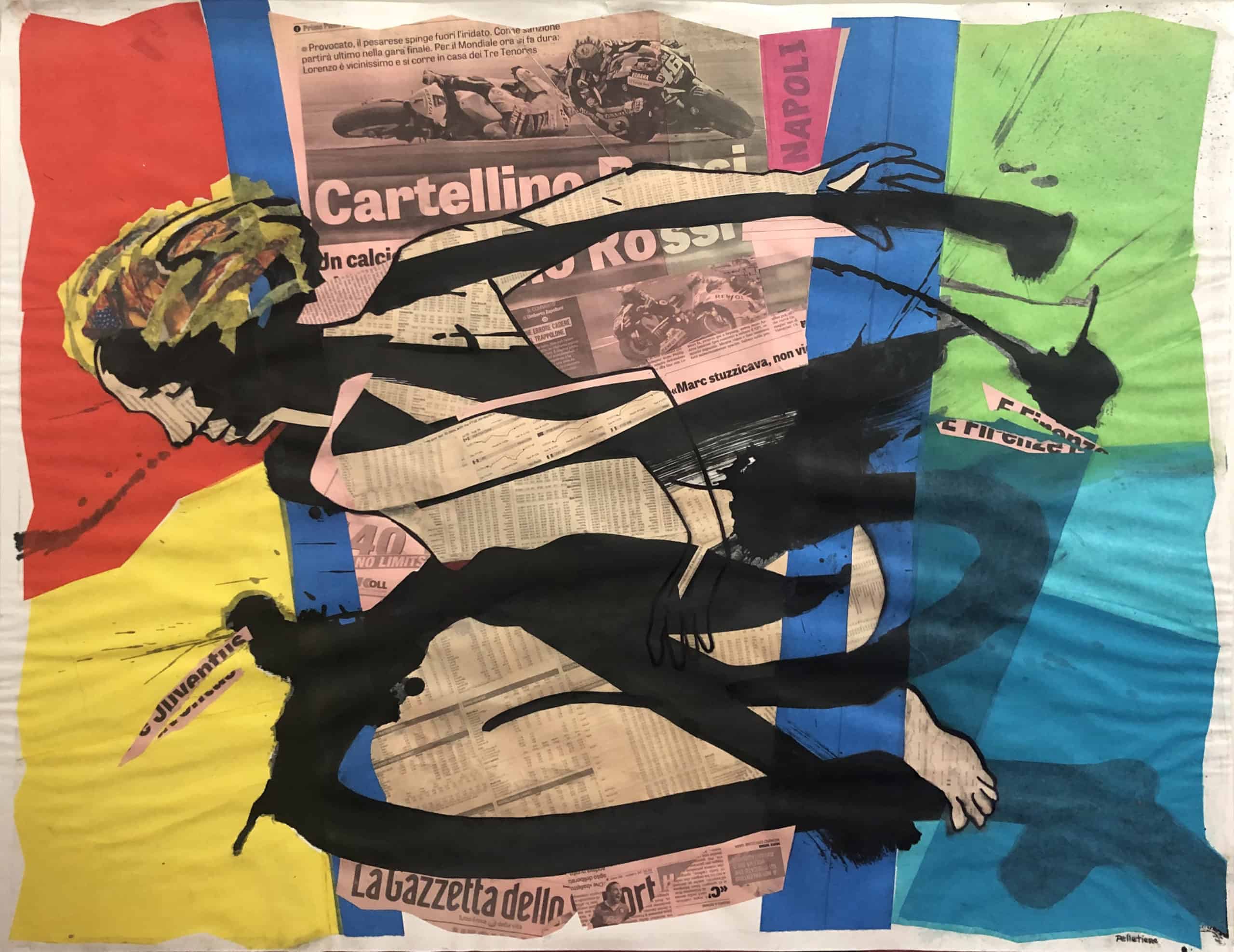 Two of Chris Pelletiere's collages are now available through Jim Kempner Fine Art in NYC.
See the work on Instagram. 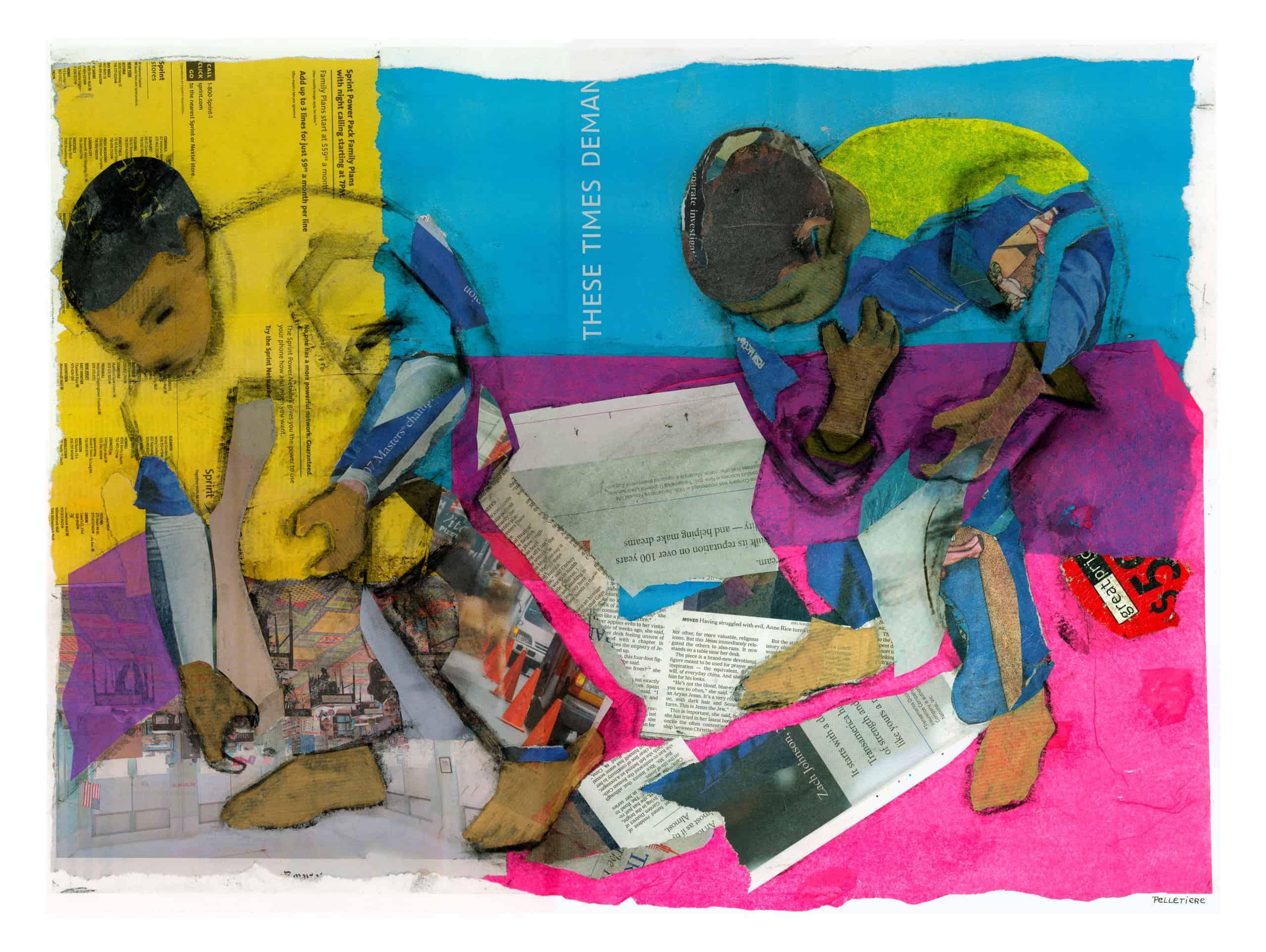 Life in the metropolitan area plays a significant role in my artwork. For many years, I made sketches of people traveling through the transit system. In 2003, I began to elaborate on these sketches and was drawn to collage to capture the energy and movement of daily commuters. Often the collages showed large groups of people in transit. I tried to recreate the visual pulse of the commute, sometimes through small groups of individuals and sometimes through massive crowds. More recently, I’ve been creating scenes of people on the street or in construction sites. Collage has transformed my work, as it has given me a medium that brings together all aspects of my former work in oil on canvas as well as graphic work on paper. It has also sparked an interest in capturing not only the human story but also the tension between the people and the architectural spaces they inhabit.

In addition to cut newspaper and colored tissue, these collages on paper incorporate charcoal drawing and painting with gouache. Chris also creates collages using metal and paint on wood.

As co-founder of Two Cahoots, Chris creates original images for a variety of videos, including the images for "Just Because You Can," a unique graphic-novel-styled jazz video for the song of the same name, sung by the extraordinary Catherine Russell.